“From a young age, I’ve always done a lot. You’re gonna laugh when I say this, but my mom said it was because I didn’t want to interact with people. I was really shy. I would get myself into so many things so I didn’t have to actually talk to people. And now you can’t get me to shut up,” Dani says.

A California native, Dani finds herself in the outdoors year-round. She’s a graduate from the University of California, Santa Barbara, where she ran track and cross country. Growing up, running came easily. But it was always more than just wanting to be the fastest.

“For me, running isn’t just to try and win races. It’s the way I prefer to see the world — by foot. It lets me test myself mentally and get to know other people and parts of the world,” Dani says. 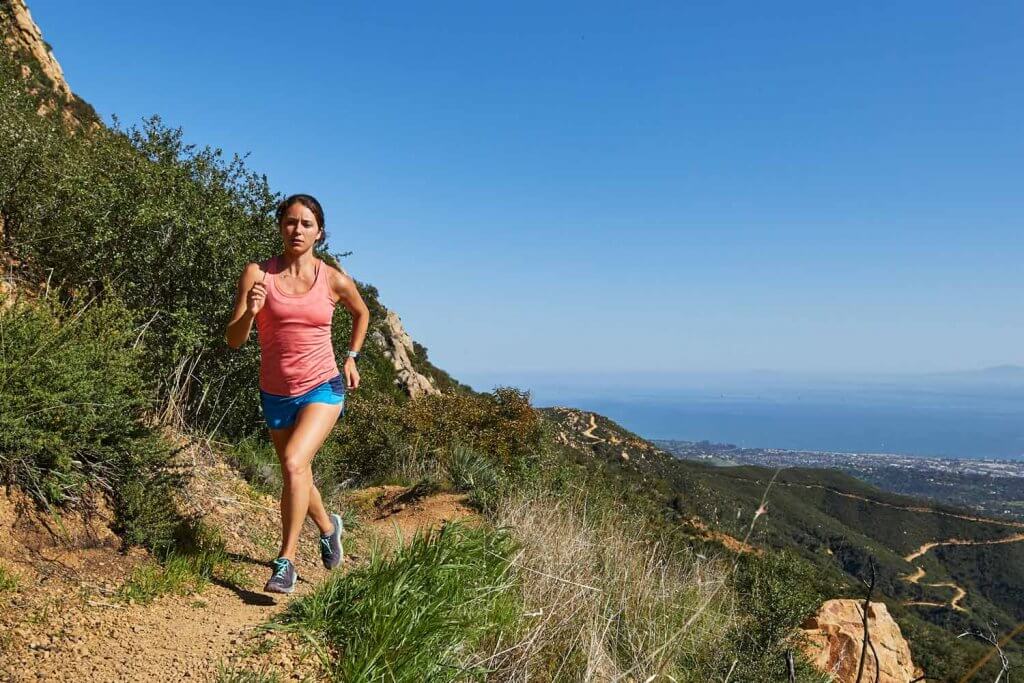 And her most recent achievement? An FKT, or fastest-known time, on a segment of Tunnel Trail in her home of Santa Barbara, CA. This specific section of trail is well-known for its technical terrain and steep grade. But for Dani, it holds another meaning.

“When I first found this section, it was by accident. I got lost and was trying to find my way back down. I was going downhill and was like, ‘What is this? There’s no way someone can run this.’ The whole thing just seemed unfathomable. So I just walked down,” she says. “I tried to run a few parts, but said to myself, ‘This is stupid. I could fall.’ After that, I realized I needed to be able to run it. And I told myself the day that I could run that section is the day that I would’ve really started getting trail running.”

Dani owned her FKT on the 2.54-mile loop with 1,114 feet of vertical gain. To put these numbers in perspective, the Empire State building stands at 1,250 feet tall, excluding the tip. She clocked in at 26:23 for the full loop and clocked under 10 minutes for the downhill section of the run.

“To support the launch of the new Torrent trail shoe, we wanted to set an FKT somewhere really gnarly and crazy in Santa Barbara. I immediately thought of this section. I was stoked about it, so I went out to hike it the next day. Immediately I was like, ‘What did I do to myself? How can I run this?’ I was just cracking up,” she says. “But then I thought it would really force me to take this particular stretch to the next level. I’m really happy that we chose it. It definitely pushed me to understand a new potential for myself in terms of running fast downhill.”

As superhuman as she may seem, sometimes she’s just like the rest of us. And yes, sometimes she even falls. “Yes, I definitely fall sometimes. When you’re mountain running, you can’t get upset at the trail for tripping you — especially when it’s your own mistake,” she says. “But, I love falls. Without them, I’d never push myself to get better. Plus, who doesn’t love a good scar, cut or bruise for storytelling? Us mountain runners are warriors.” 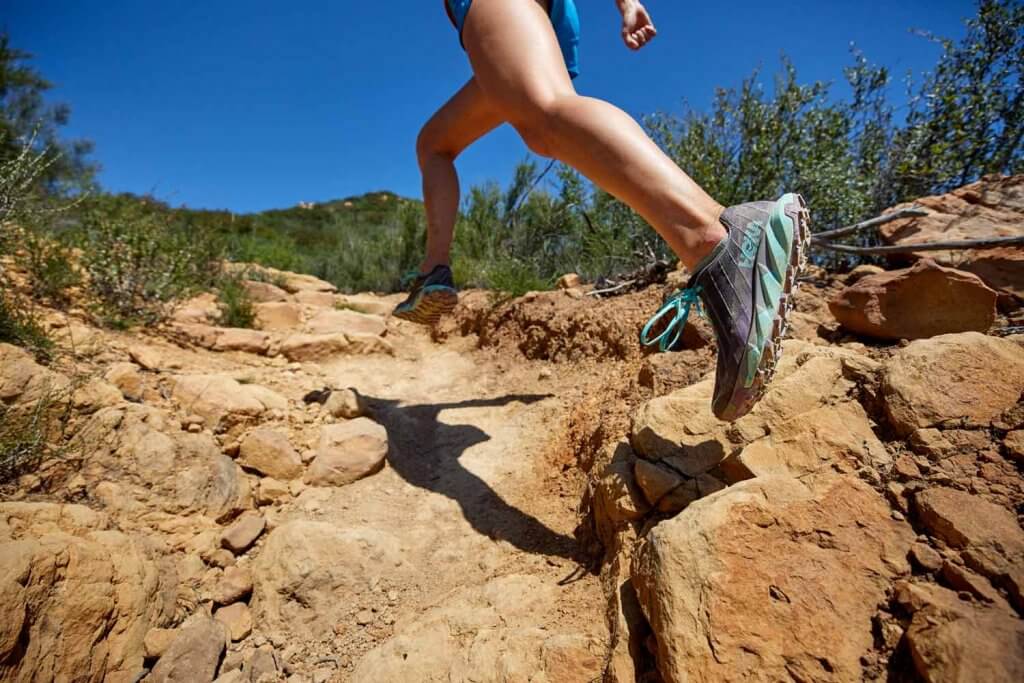 Dani’s worst fall happened during the 2017 World Long Distance Mountain Running Championships in Italy. A few months before the race, she’d severely sprained her ankle — while rock climbing, no less.

“Literally on the first downhill, I rolled my bad ankle and I just freaked out. I was so mad. Girls were passing me and my ankle started blowing up. I gave myself a couple seconds and I then I pulled myself together,” she says. “I realized that sometimes you need to pep talk yourself really quickly. There wasn’t time for anything else. That was the big realization — that every time you get pushed down you need to get up immediately.”

One thing that’s given her an edge on the trails is something she’s had from day one — the ability to let go and trust her instincts.

“When you run a downhill, sometimes the best way to do it is to lose control. Not in your running form, but by swinging your arms. I don’t know if that’s just me, but that’s my body instinctively saying this is how we’re gonna balance.” Dani says. “Your body doesn’t want to fall as much as your mind. It’s instinct. Give credit to your body and mind because they’re gonna take care of you. And if you fall and hurt yourself, don’t blame me.” 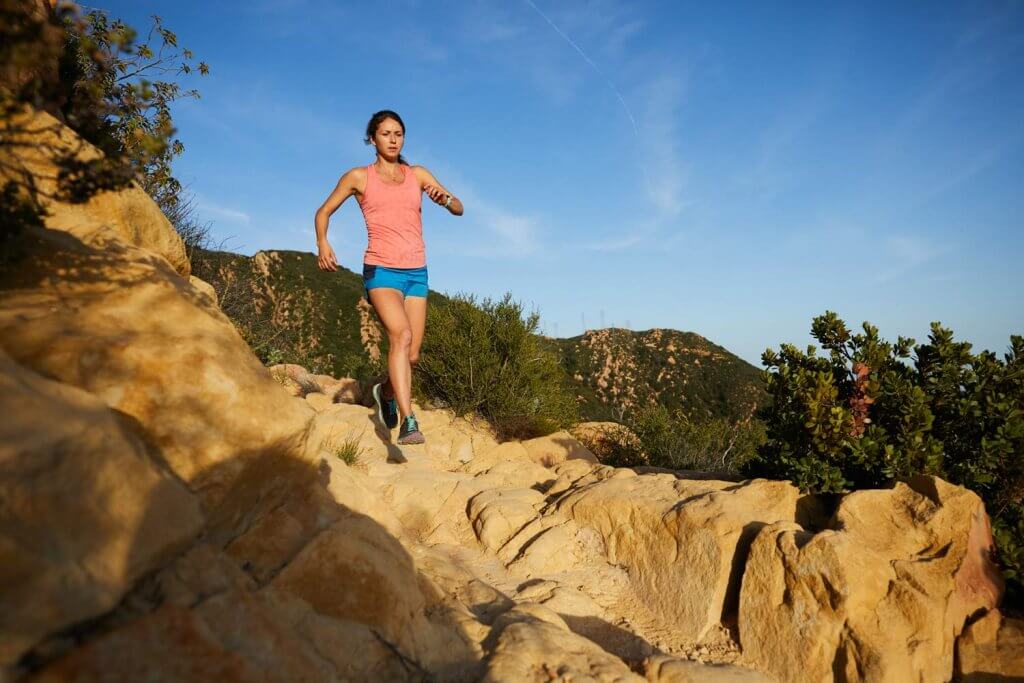 Excelling at so many different activities isn’t easy, but for Dani, balance is always the common denominator. She focuses on being well-rounded — a synonym for what she calls “circle-ness.”

Dani’s balanced bucket list is still growing. In addition to getting her skydiving license, she’d like to climb Denali or Everest, get another motorcycle and get better at surfing. But, she’s taking things slow in that realm for now. “You gotta keep it mild before the spicy hot,” she says.

Watch the film of her FKT below. 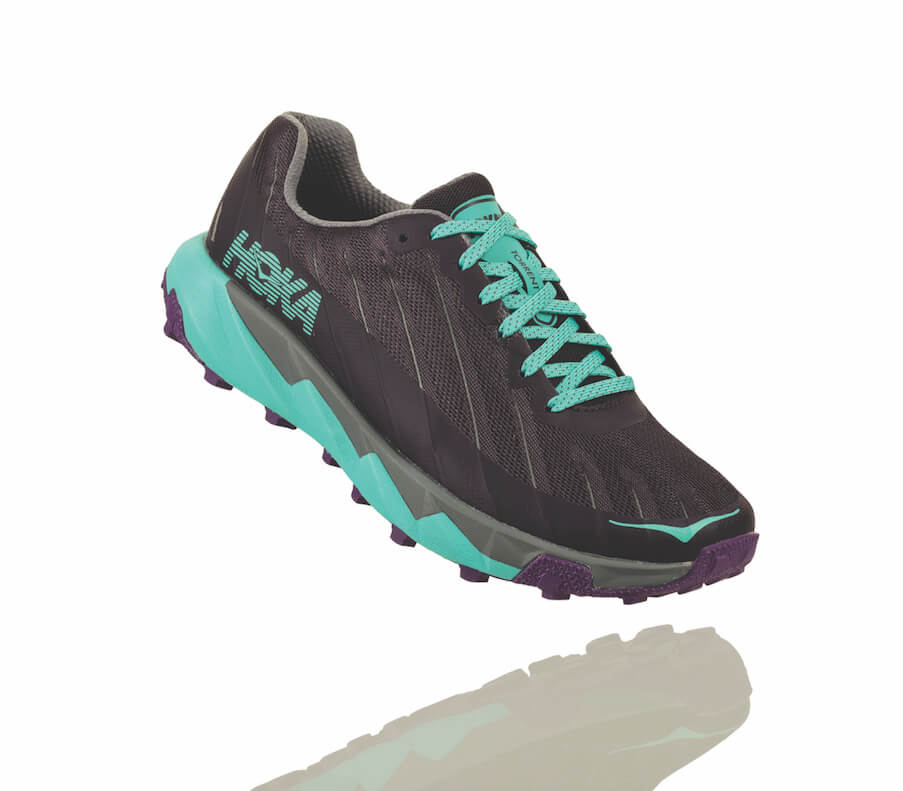 To celebrate the release of the Torrent, we partnered with FitRankings. We’re giving away a pair of the Torrent and a HOKA trail hat to the five runners who log the most miles between 5/22 and 6/10. Enter here

Shop online now, pay over time. Zero interest.
We split the purchase amount into 4 interest-free payments, spread over 6 weeks.
Choose QuadPay at checkout
Quick and easy. No hidden fees.
Use your debit or credit card
No long forms and instant approval.
Pay over 4 payments
Enjoy your purchase straight away.

Find the HOKA (US) store nearest you by using your device's location or entering your info below.